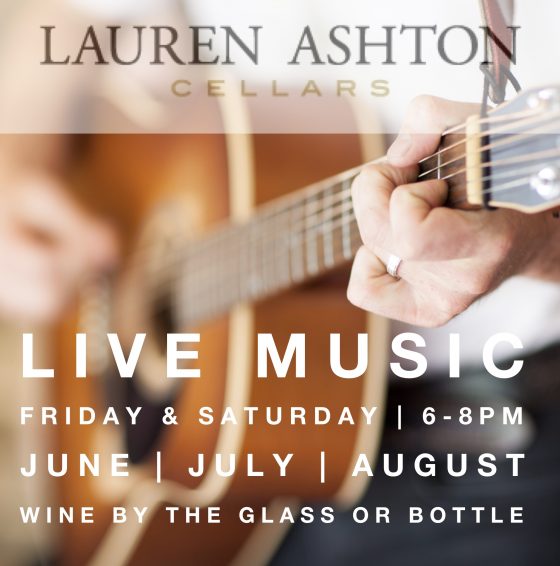 Join us every Friday & Saturday night at our Lauren Ashton Cellars tasting studio in the heart of Woodinville’s Hollywood District for LIVE MUSIC and wine by the glass or bottle.

Kurt Lindsay is a soulful singer/songwriter, who has been performing all over Washington state for the last seven years. With a voice that is influenced by old soul-singers like Otis Redding, but also spiced with some folk sensibilities. Kurt has performed for every weekend religiously during his time as a professional musician, learning how to evoke emotion and have full control of every song he explores. With two albums under his belt and at twenty-seven years of age, the road is full of potential and he hopes you join him on the ride.